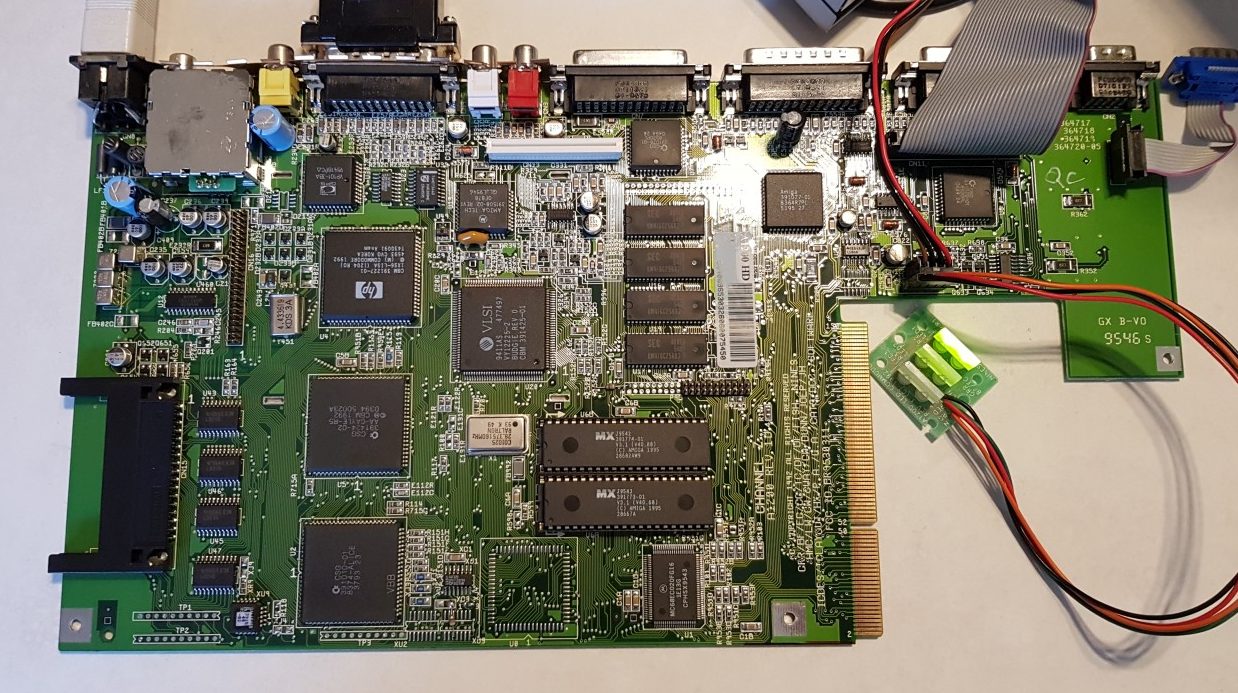 Replacing the original capacitors on an Amiga 1200 motherboard. Checking for damage, cleaning and installing new caps.

This A1200 board was sent to me for a full recap and check over. Although it was already in good working condition, it was still using its original capacitors. Amiga computers are susceptible to a number of problems related to damage caused by leaking caps. I would always recommend changing them all. The caps around the power and audio system are usually affected first.

As you can see above, the board is in very good condition and everything looks factory fresh. Its very rare to see a board that looks brand new like this. even if the capacitors look good now, there’s nothing stopping them going bad soon and spoiling this pristine A1200. Best to change them all now.

With all the old caps removed, the pads are cleaned of any old solder ready for new cap installation.

Now to install the new caps. I selected to use a mix of SMD and through hole types like the original. All these caps are high quality Panasonic branded, and should provide an even longer life than the originals.

installing SMD caps is very tricky, but at-least the A1200 doesn’t need require hundreds of them. Its fine to install normal caps if you don’t like dealing with surface mount parts.

I hooked it all and began testing. My tests included booting workbench from a floppy disk, then from a CF HDD. I then loaded games from floppy and tested sound. I always use Slam Tilt for this.

Then I installed an accelerator card and tested WHDLoad for a while. everything was stable on the original Amiga PSU. Finally I checked a CF card adapter was readable on the PCMCIA port. Again it passed all tests without problems.

If you have an Amiga that needs re-capping, get in contact with me Here.