I had to remove the surface plate to install the chip. The original GD decryption keys had a packaging that allowed the chip to be installed and removed easily.

Now all that’s needed is the new BIOS.

New Project to work on alongside the Naomi Universal Cabinet restoration.

Just received a Netboot Dimm module. Been looking for this for a while now.

This will allow the Naomi to boot game data from a network computer. My plan is to use a Raspberry Pi to transfer data.

I’m also going to do a battery capacitor replacement on the motherboard first, as they leak over time eventually killing the board.

Loads of photos of my arcade machines and restoration projects uploaded to the Gallery over the weekend.

Including photos of my current project: 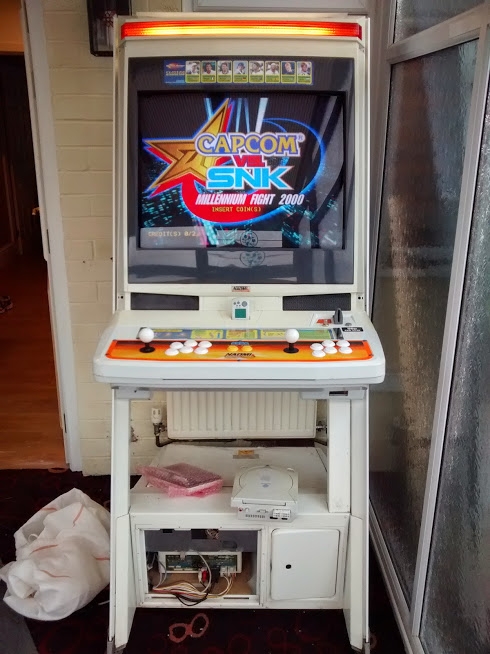 My collection showcase gallery is now back up. Still more to upload but its a start.

I’m also working on the Projects and Articles sections for upload next week.

Back online with a new faster host.