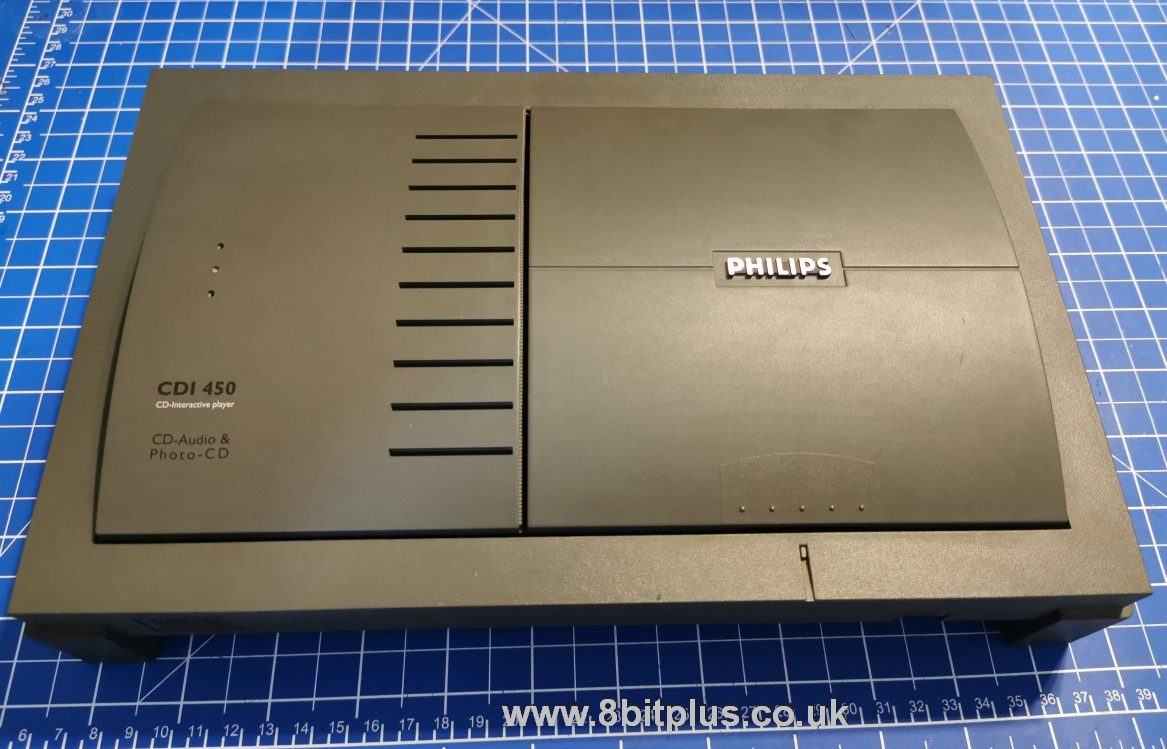 This was a new request from a customer, to get RGB putput working from his Philips CDi 450 console. The Philips CDi exists in a variety of set-top box and console versions, some with vastly different components and part arrangements. Some are easy to mod, others harder, some not possible at all.

The 450 console was in the “not possible” to mod category until AssemblerGames forum member Taijigamer2 found the CDi 220 service manual through another forum contact of his. Manual can be found here: http://freeservicemanuals.info/en/servicemanuals/download/Philips/cdi210.pdf 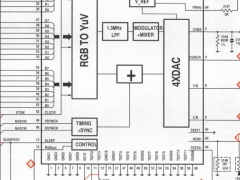 With this part of the schematic it was discovered that the video encoders could be switched from s-video Y/C to RGB by pin 14. With pin 14 is lifted while connected to 5v (through a 1k ohm resistor) RGB mode is enabled. This applies to both BT9106 and BT9107 video encoders and they have the same pin-out. These encoders can be found in different CDi units.

The CDi 450 is fairly easy to dismantle and gave me no surprises. Once the RF shield was removed the motherboard can easily be accessed and removed.

Initially I made a direct connection from the BT9106 to a scart socket and was able to get a picture on my Sony CRT TV, but it was very dark. Next I assembled and installed an RGB amp (designed for the PC Engine) to boost the signal. Now the image was too bright. After experimenting with the RGB output levels I was able to get the right output level with 3x 180 ohm resistors.

Finding a suitable position for the RGB video socket was a bit tricky. Most of the internal space is occupied with the CD-Rom or needed for the MPEG decoder cartridge. I found some space over in the top corner.

I went with a 8-pin DIN socket, and pin-out to match the cables I frequently make for PC Engine DUO consoles. Sound is taken from the Left and Right phono connectors.

So now this CDi 450 has a good clean RGB output. I tested it on both my CRT TV and the Elephas HD upscale device. sound was clear and free of noise.

Now if only there was a mod that could make the CDi games actually fun, I’d have done that for free 😉

If you have a CDi 450 and want this mod doing, please get in contact here.