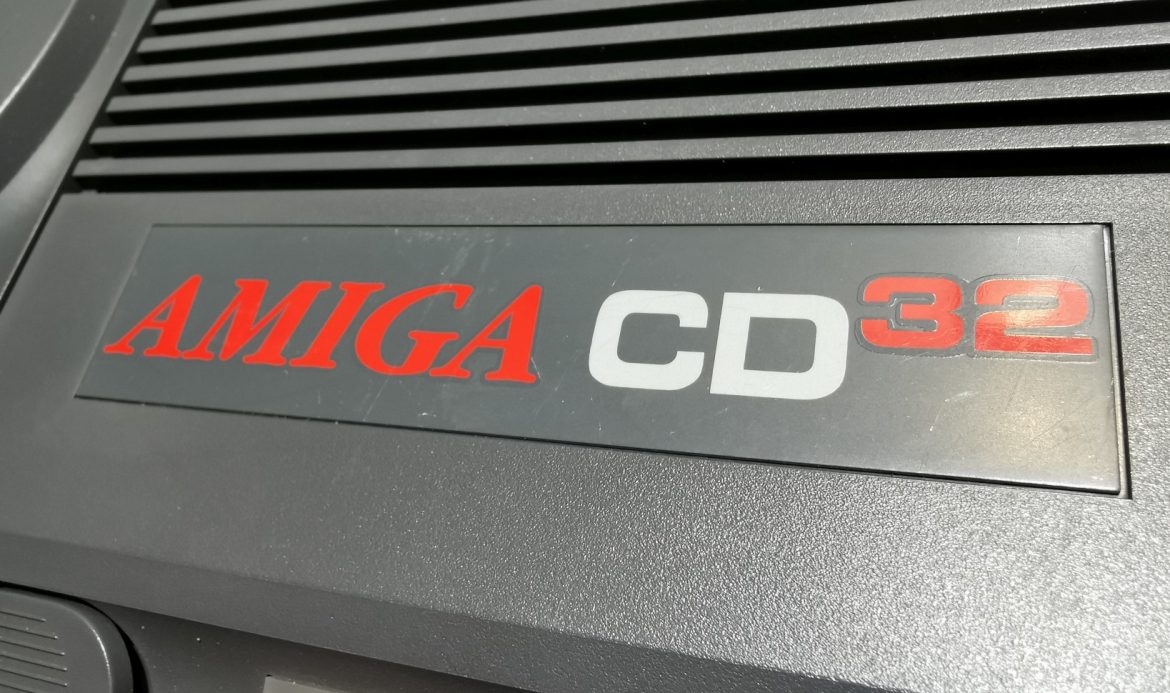 Introducing the TF330 card for CD32 console. Looking at the hardware, installation and setup of workbench, WHDLoad and programs and games.

The Amiga hardware market place has seen an increase in recent years with new developers stepping up to create new hardware for these long obsolete machines. Sometimes they create a new totally new idea like the Vampire range of FPGA accelerators for the Amiga 500/600, adding power well beyond anything possibly envisioned by the systems creators. Other times they create hardware alternatives to rare and unobtainable upgrades. This seems to be the case here.

As you may know, the CD32 console is basically an repackaged A1200 with a built in CD-Rom.

Back in 1996, DCE released an upgrade card for the CD32 called the “SX32 Pro”. This card added a whole host of additions to the system including video and data ports previously found on the A1200, a blisteringly fast 68030 cpu and IDE expansion. These SX32 cards are super rare now, and only change hands for a large sum of money.

Talented developer guru Terrible Fire has launched a range of RAM and CPU upgrades for the Amiga 500, and now his attention turned to the much unloved CD32. First with the release of the TF238, and now the TF330.

Presented in a sexy black PCB the TF330 looks great. The board design is neat and well laid out.

The TF330 brings the following upgrades to the Amiga CD32:

You might have spotted that this is not a Motorola made CPU. It is in fact one made by Freescale. These CPUs are much newer and often run cooler than the old Motorolla chips and are 100% compatible. This CPU is socketed and can be replaced with the full MC68030 adding a MMU to the CD32. There is no provision to add an external FPU, although the FPU is very little use on most systems and not required unless doing 3D rendering. If you want to see an FPU being used take a look here.

Accompanying the TF330, I have an expansion adapter designed my Kipper2K. This is needed to install the TF330 as it acts junction between the motherboard and accelerator card. It also adds an Amiga style 23-pin RGB, and PS2 keyboard socket. Other raiser cards are available without the extra ports, some can add more serial and floppy drive ports.

Along with my purchase of the TF330, I ordered an IDE to Compact Flash adapter and 8Gb CF card. This is exactly the same as ones use on the A1200 and very easy to find on eBay.

Before starting on the installation of this new card, I needed to give my CD32 a full capacitor replacement. I removed the old caps and cleaned the motherboard to remove any leaked fluid. Next I then replaced with new surface mount capacitors. I offer this as a service if anyone else needs this doing on their CD32. Just get in contact please.

With the new caps the CD32 should be running like new. I already replaced the CD-Rom drive and metal shield some years ago.

The TF330 simply slots into the rear expansion bay keeping everything contained within the console. The CF card adapter is not held in any specific place, but I placed it in an insulated bag to keep it away from metal parts.

You will also benefit from getting an Amiga mouse and an old PS2 style keyboard. I’d also recommend getting a RGB scart cable to get the best picture quality.

To Save time here I used a pre-setup Compact Flash card containing Workbench 3.1, WHDLoad and a bunch of other games, Demos and applications. Take a look on eBay for a ready to run card for an A1200.

You can setup your own card if you wish. The best way to do this is with the Amiga emulator WinUAE. A CF card can be attached via a USB adapter and setup as a real hard drive. To do this you will need a set of Workbench Disk images.

Another option is to install the CF card in a real A1200 and do the setup from there. This is a good option if you have a real set of AmigaOS disks. AmigaOS 3.1 is the best recommendation, but 3.5 or 3.9 will work fine if you want to take the time to set them up.

With the TF330 installed nicely in the CD32. I switched it on and booted to Workbench without fuss. The CD access LED will flicker indicating the HDD is loading the OS. Boot time is about the same as my A1200 with slimier specs.

The number one task I wanted to try was running games in WHDLoad. As expected this works great, and something I never expected to see on my CD32. As long as you have the correct rom images in DEVS: even the oldest games work great. I tried out my favourites like Worms, Simon the Sorcerer, Cannon Fodder, Wings and Slam Tilt. No problems to report.

Most Amiga games make no use of the 030 CPU or any other accelerator, but some later flying and shooters do. I tested Genetic Species, Alien Breed 3D and Elite 2. All played much smoother than on unexpanded systems.

Now the big question.. Will it run Doom!

Actually yes, it will. I setup the freeware version of Doom along with DoomAttack (optimised engine for 68k Amiga’s) and it works. The frame rate is not exactly super smooth. I think its getting around 12-15 fps in a small window, on low res settings. Doom on CD32 with 030 at 50Mhz is not as smooth as on my Amiga 1200 with 040 at 25Mhz. The 030 is just not powerful enough for fast Doom action. Perhaps with more optimisation this could change. What about some Quake action you ask? Not on this card lol, You’ll need an 040 at least and until there is a Vampire FPGA card released for the A1200 or CD32, this is the best first person shooter we can manage.

I looked into this.. an unfortunately its not possible for all games. Some smaller ones have WHDload installers, but others that contain lots of speech and CD music are not possible to load from the HDD. Its still best to load the CD-Rom to play the CD32 games.

A friend of mine was very surprised this product exists when I told him about it. The truth is that developing a CD32 accelerator is no harder than creating one for the other Amiga’s so Terrible Fire was able to adjust his existing accelerator designs. I often wanted to get the aforementioned SX-32 Pro, so the TF330 is about as close to that as possible now. CD32 now has some of its potential unlocked for classic games and Workbench application use.

The CD32 is still not going to be a great candidate for more expansions as it lacks some connectors that the A1200 has, like the PCMCIA and clock port. For quick play fun I really cannot fault it.