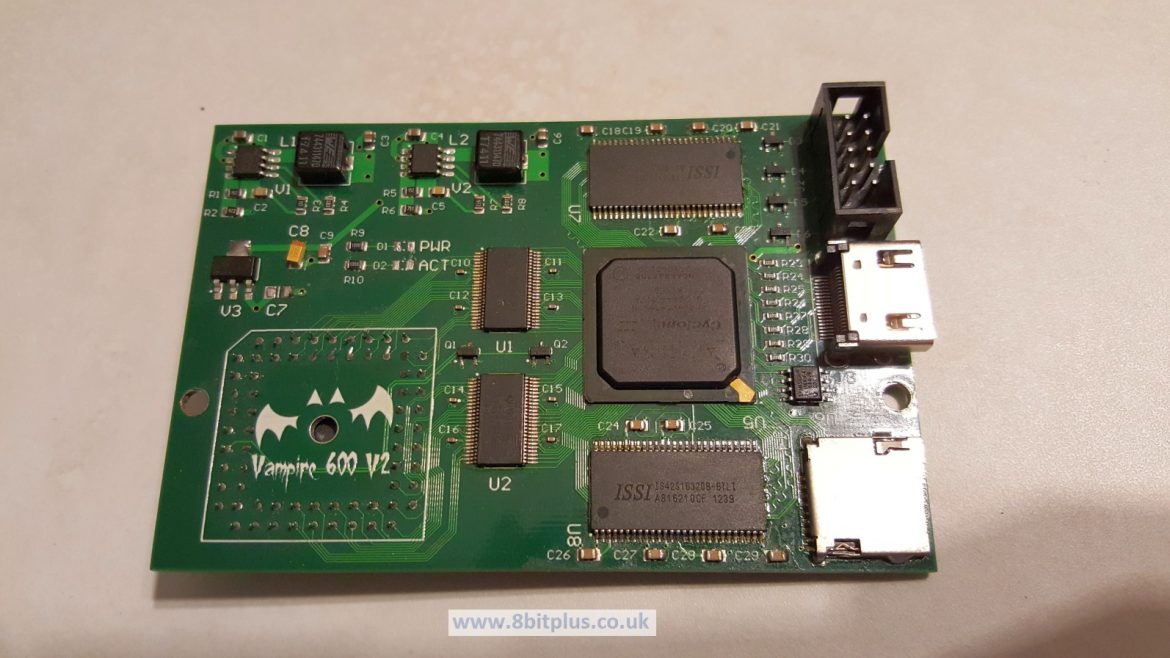 Repair and testing of a slightly damaged Amiga 600 Vampire 2 accelerator card for a fellow Amibay member.

When he received his Vampire 600 from Majsta it had been damages in the post.
As you can see above, two of the Tantalum capacitors had something pressing pressing against them. One had been snapped off and the other was damaged. Also both of the green LED’s were missing.

Lucky this card is exactly the same as mine, so I checked the values of the missing components. The caps are marked 226J which works out to 22uf 6.3v. The LEDs are standard 0603 and are about 2mm in length.
First I cleared the remaining capacitor and the remains of the other, then prepared the solder pads for the new components. Next I replaced the missing smd parts.

Finished and returned to owner.