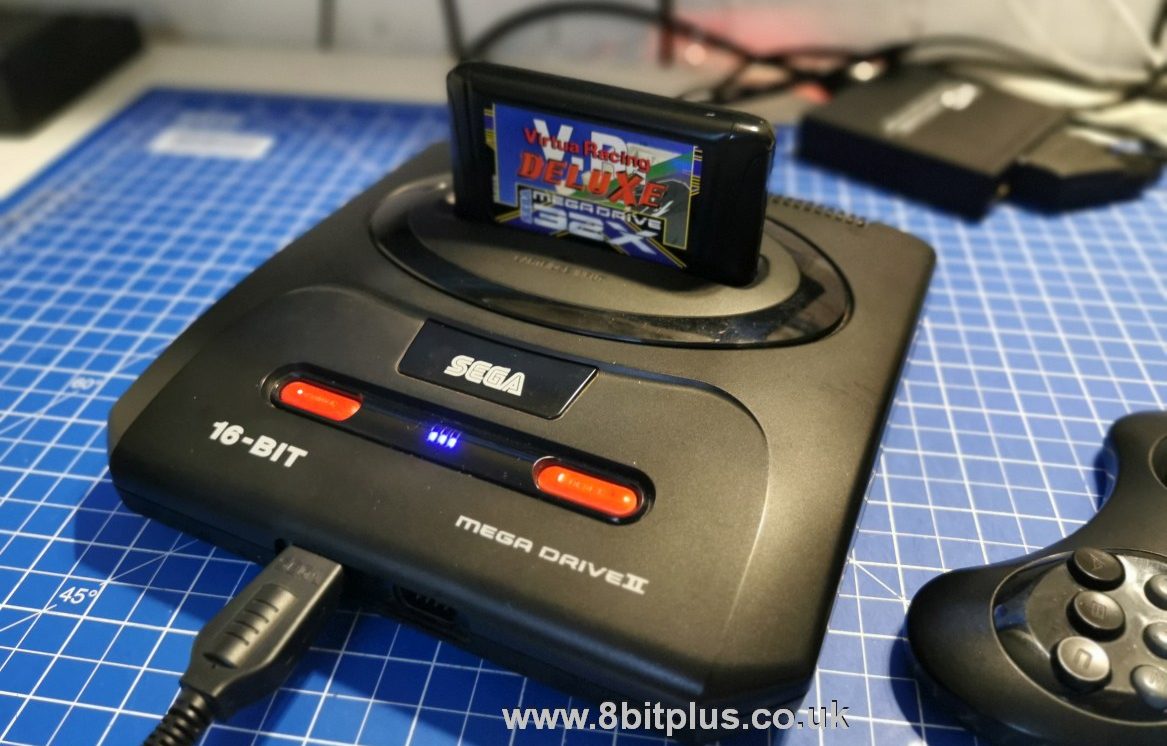 Combining a Sega Megadrive 2 and a 32X together inside one case to make a Sega Neptune. Overview of the work and how it was done. Photos and testing.

What is a Sega Neptune?

Really there’s no official console called the Sega Neptune. It was a planned Mega Drive variant with the 32X hardware incorporated in to one board. Sega announced it in 1994 for a 1995 release but it never happened. Apparently there are some prototypes of the case, but nothing else is know about the console inside. In most likelihood it wouldn’t be called “Neptune”. Something like Megdrive 32X or 32bit I suspect. It would have been a budget option to the Saturn, but Sega decided to concentrate all resources on one console (Saturn) and ended most other projects around then. 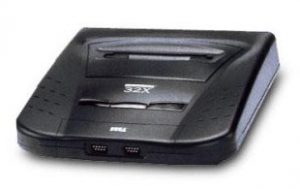 I’ve been aware that some people have made their own combination MegaDrive 2 and 32X consoles, but it was not something I’d have made for myself. I have a 32X sitting on top of my Mega Drive 1 and Mega CD, but it does look a bit of an eyesore.

I was asked by a customer if I could make one for him. He was even able to provide the hardware. I accepted the challenge knowing it might be quite time consuming. I’m not going to do a full stop by step on how it was done. Other sites have done that already. Instead I just want to show the key stages.

With both consoles were fully stripped down, Mega Drive power regulator needed removing and install on extension wires. Its in the way of where the 32X PCB will be placed. Then I flattened all the capacitors and desodered the Mega Drive cartridge port, and the AV sockets from the 32X.

The most time consuming job was wiring the 32X to the Megadrive. Again I used strips of IDE ribbon wire. I had to keep the length short enough not to pickup too much interference or cross talk, but long enough to allow everything to fit. Thicker wires are use to connect the power inputs.

Time to test it out. I powered it on to check the 32X was working happily and that the AV mixing cables were wired correctly. No problems found. Now it needs to fit together more tightly and get the top of the case back in place.

The 32X was attached to the Mega Drive motherboard with bolts allowing for the correct spacing between the PCB’s. They keep everything in place and allow you to push the cartridge down firmly in the socket.

I wanted to keep the dust flaps present and working. The only way to do this is to remove most of the surrounding plastic from the housing and about 2mm from each flap. I used the disc tool on a Dremel to cut away the excess plastic and sanded the dust flaps. They still caught on the 32X cartridge connector so I removed a couple of millimetres of plastic from the connector its self to gain the clearance. Both side edges of the cartridge slot also needed widening to allow larger 32X cartridges to be inserted. Apart from the gap between the dust flaps and enlarged cartridge port, it looks like a stock Mega Drive 2. only one power adapter is required to run everything. A blue LED was installed at the customers request. no other region or video frequency mods were wanted.

All assembled now and working very well. Its actually very seamless. Insert a Mega Drive game, it plays. Insert a 32X game, that plays too. It can still be plugged in to a Mega CD as normal. Here I’m testing it out with Virtua Racing Deluxe.

I have read that the original Mega Drive 2 or 32X power cable can be used to power the combined unit. This may be the case but I would recommend getting a new regulated power supply to be safe. They can take the higher ampage without worry and give a more consistent voltage without variation. Personally I like to recommend a triple plug adapter such as this one. They have three power plugs needed for connecting a Mega Drive, 32X and Mega CD unit all together with just one power adapter. Although only one plug would be needed a Sega Neptune mod, this transformer can output a very stable 9v and 3 Amps.

The 32X is now permanently sitting in place and causes a couple of compatibility problems. You can no longer load Sega Master System games using an Everdrive or base converter. Normally you can remove the 32X to play Master System games, but not with this Neptune.

From what I can tell, it wont be compatible with Mega CD game images when using the Mega SD cartridge. Again the 32X blocks the signals needed and its now not removable.