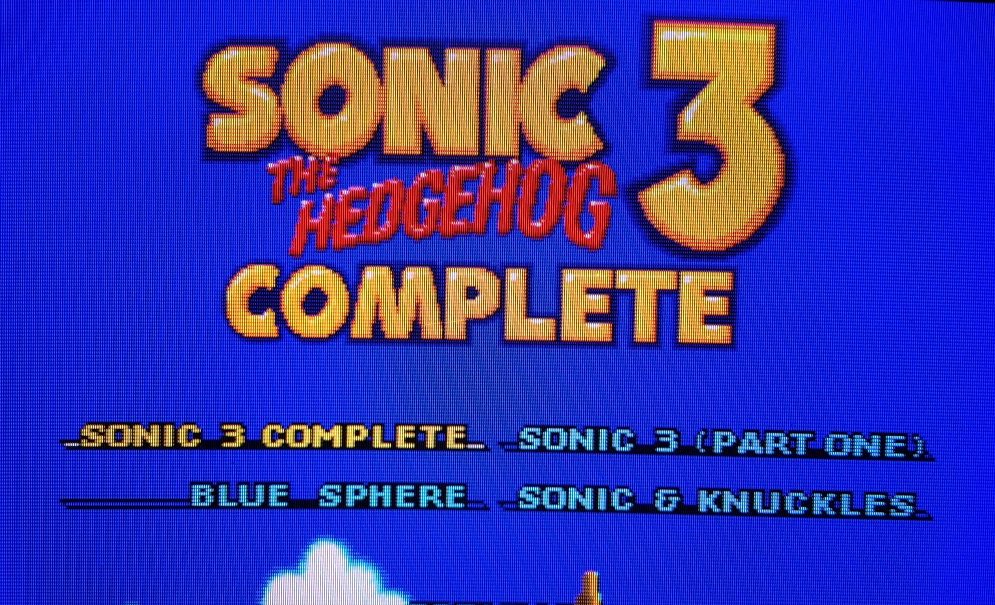 Constructing a reproduction cartridge for Sonic 3 Complete. Removing original Rom from donor cart and replacing with a programmed EPROM chip.

So I just found out about this project a little while ago. After my success of creating some SNES reproduction games, I decided to have a go at a Mega Drive one.

Sonic 3 Complete goes beyond just being a combined ROM. It allows you to select and play either of the 2 separate releases or the full game. The project developers also wanted to improve the game, fix bugs and allow more selective options to the player.

Click here for the full list of changes, option, enhancements and fixes they made. Its quite staggering, but they really made this the perfect version of Sonic 3 you can play on original hardware.

The first thing to do in making this reproduction game is to select a suitable game to use as a Donor for its PCB. Sonic 3 compete supports the same game saving system as Sonic 3, but its not a requirement to use a “save” compatible donor game if you just want to get the game running and not bother with saving. For now I just wanted to boot the game. I’ll properly investigate saving options at a later time.

I have plenty of unboxed and duplicate games in my connection so I selected the very common Sega Mega Games I.

The original game ROM needs removing. This is fairly easy to do, but care should be taken as always to avoid any damage to tracks and VIA’s. When the chip is removed I cleaned all the pads.

Sonic 3 Complete is a 3.75mb file, and requires a 4mb (32mbit) EPROM to hold the game data. A 42-pin 27C322 is a perfect replacement. Don’t forget to byteswap your ROM otherwise the Mega Drive won’t read the game.

My TL866 Flash Programmer is not directly compatible with 42-pin chips and needs an adapter for these 16bit EPROMs. The 4mb address area of the EPROM is divided up to 8 segments which need programming individually. So the ROM needs splitting into 8 pieces and flashed one at a time, changing the flash bank on the adapter each time.

Now to install the EPROM on the donor PCB.

The EPROM is soldered in place, but you must make a few quick changes to PCB to allow the Mega Drive/Genesis to be aware of the larger address space of this bigger ROM.

As “Mega Games I” was an 8Mbit game, A18 was already linked to B7 of the cartridge connector. All I had to do was link A19 and A20 to the copper pads B8 and B9. If you use a smaller game as a Donor you will have to link all three. You can either raise the pins and keep them on the front side, or cut the traces and link the wire on the underside which is what I did.

After reassembling the cartridge I tested it in my Mega Drive and it worked perfectly.

It’s great having both games combined, and the fixes and remastering is a great touch.

I’d still like to get the save feature working. To do this I’ll have to locate another donor game PCB with a battery back up save feature. I could use a Sonic 3 cartridge as a donor for this, but that seems like a waste of a good game. There must be a cheap sport title I can use for this..

(Edit.. The save system is not the same as Sonic 3)

I’ll edit this page when I get the save feature working correctly.

Any questions or comments? please leave them below.