During the last couple of months I’ve been playing around with the idea of building a DOS based retro PC. Now I’ve finally gone and made a start.

My aim is to have a good, fast, DOS/Win98 compatible PC for games. Nothing too fast or fancy. I also wanted to keep the price down. Unlike some other projects, this should be cheap.

I settled on a board, CPU and memory combo from eBay. The motherboard is a Lucky Star 5I-VX2B. CPU is a Pentium 100mhz without mmx, and it came with 32Mb of 72pin SIMM RAM.

I was tempted to go with a highend 486 biuld, but this was a good speed/value price-point. The motherboard chipset is also new enough to work with large drives (by that I mean over 8Gb) so no worries about fitting a large game collection on the HDD. 60Gb should be fine. Win98/DOS7.1 allows for FAT32 and removes the old 2gb partition restrictions. DOS7.1 is actually just as good as the older versions when setup correctly. Windows 98SE is just for a few Widows only games that need it. 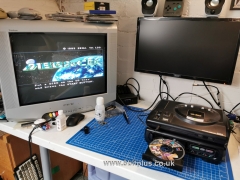 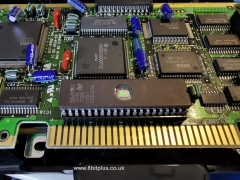 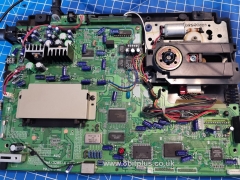 I’ve taken a little timeout this weekend to play with my Amiga 1200 Tower. Recently I got a very cool Apollo 1260 Accelerator card with a 80Mhz clocked Freescale 68060 CPU. One downside to the A1260 over the Blizzard line of cards was that they only shipped with a single RAM socket, limiting memory to just 32mb. This is still fine for most setups, but I always like to extract the max potential when possible.

The reason for this limitation was to allow the card to fit correctly in the original A1200 wedge case. A mounting point is present on the card for an additional 72 pin SIMM socket. After I tracked one down with the help of a fellow Amibay member, it was very easy to install. Now I have 64mb of ram with a pair of matching 32mb simms.

I also got to install the Elbox FastATA MkV controller that arrived recently. Replacing my original MK1 16bit version gives a big speed increase to HDD access. I’ll do some benchmarks later..
More to come soon.

I’ve decided to make more regular posts each month showing off what I’ve been working on. Mostly it will be customers consoles, but once in a blue moon I might get something done for myself 🙂

So this month… I’ve installed another RGB mod board in a customers Panasonic 3DO FZ-1. Not much different to the other FZ-1 and FZ-10 systems I’ve done before.

Next is an RGB mod in an Amiga CD32. I fully recapped the console too as all Amiga’s with surface mount caps will eventually have problems. The RGB mod is quite simple, it already has the same RGB video encoder as the A1200 and A600. The signal just needs tapping off to a suitable port. I removed the RF module and soldered on a 9-pin mini din (same port as a MegaDrive 2)

Next was an official Unibios installation in a CDZ. I like this console more than the original top loaders. Installation involves directly wiring a new socket to the old bios location. Find more detailed info on this work here.

I also did a couple of PSIO installations, a Game Gear recap, MultiMega recap, battery changes on 3 CPS2 games and a PSOne modchip.

Please feel free to contact me if you have any mod installation or recap requirement.

I’m getting quite a few people asking if I offer a service to install the Switchboard for the PSIO.
I do offer this service, and its just £20 + return postage.

If you’ve just got your shiny new PSIO, get in contact and I’ll install the switch board.

Click here for a list of my other services, prices and examples. Also see my feedback from past customers

Just a reminder that I do offer installation of PlayStation 2 modchips on both the original and slim units.
I only supply Modbo 4.0 or 5.0 chips, but I do have experience of installing other brands like Ghost2 v2, Crystal Chip, Matrix Infinity and O2 Mod chips.

If you want a modchip installing please get in contact for a quote.

I’ll be taking part in an annual 24 hour video games marathon from 22-24th of Feb, to raise money for a charity called Special Effect. 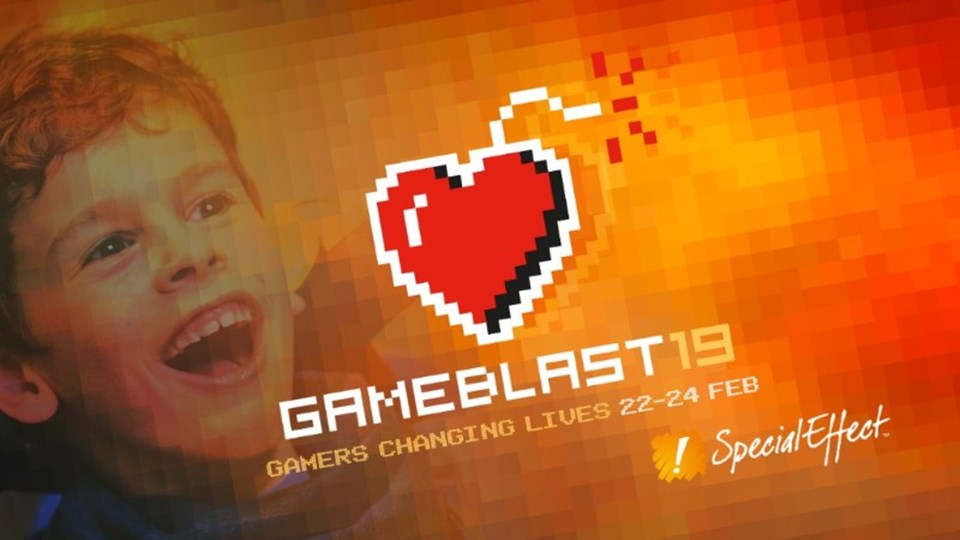 Please help by visiting our Just Giving page and leaving a donation.

RGB mod installed in 3DO FZ-10

I just finished an RGB mod in a customers FZ-10 Panasonic 3DO. Its a very similar mod to the ZF-1 unit I did last year. Its also got a 240p switch mod too.

If you have a 3DO and would like an RGB mod and port installing, please get in touch.