Well its been an exciting month so far. My long awaited workshop was built just before Christmas, and I could start working on the interior. As I’ve mentioned, I want to use this space as a workshop, office (work from home) and somewhere to put some video games and arcade machines. See my previous post for the concept renders.

I did a lot of research on other peoples garage/office installations to give me an idea on where to start. Firstly I decided to paint the interior joins with bitumen paint. This was applied around the base pointing, and up the sealed sections. I had rather a lot of this paint left over, so decided to paint all the exposed concrete.

Now to tackle the floor. with this being a solid concrete base it’s a good idea to put down an damp proof membrane first. Then the floor insulation was placed down. I didn’t have a lots of space available for the floor insulation, so I used 5mm foil backed insulation sections that slot together. Finally on top of that we installed 18mm flooring sections. These are intended to installing in lofts and slot together very easily.

Moving on. A large timber order was received on a cold dark morning, and shortly after that another load with insulating and plasterboards. So starting with the stud work, a frame was constructed around the floor and ceiling level. Then the vertical sections join them up, and more horizontal timbers to strengthen it all. No timber is connected to the concrete, just the floor and wood already installed on top of the concrete sections.

At this stage an electrician was hired to install cables and prepare to connect to the house mains. I also installed cat 6 network cables. A cable was also run from the house router to where I’m installing my network switch. Then we proceeded to install insulation and plasterboards.

The roof apex was packed with 50mm EcoTherm boards, the ceiling and walls also used used another layer of 50mm boards before the plaster boards went up. Any offcuts were also placed in the ceiling void. All plasterboard joins were covered in foil insulation tape.

First post in ages.I’m still alive and so is my dream of building a Workshop and Arcade room in my garden. Some real progress happened last week. The concrete base has now been installed.

The final building size will be close to 20×10 foot, so bigger than my forst designs in the last post. Best of all the Section garage will be arriving in a couple of weeks.

From then it will be a process of lining the garage and making it usable as a workshop. It’s going to be fully insulated in floor, walls and celing to avoide issues with condensation. At the end it will also be heated and have plenty of power points professionally installed.

I’m happy to work on it through the winter, but only when finances can be spaired to buy materials. Good insulation and plyboard isnt chap, so work will be spaced out over next year.

Still I’m indundated with work requests, none of which I can can accept. Please understand its too soon to promise anything in this department. Thanks for the understanding.

Just a reminder that I cannot accept work orders or give quotes. I get around 20 emails a day asking for quotations, and as much as I’d like to accept even one of them I cannot. Please understand it’s not possible.

Well the move went ahead. The new house needs a HUGE amount of work. I’m currently living in a construction site. The first week we had no heating or hot water. As quotes are coming in for the work we cannot do ourselves Its becoming clear that I will not be able to afford a new workshop. Therefor its very likely that I’ll not be able to accept work again in the next year (2021) or perhaps ever. I cannot do my console work on the kitchen table for example, or take up any space in the house with children around. A workshop was my only answer.

Most of my collection will have to be sold off too I expect, but I’m dealing with that when I have too.

Finally progress from the solicitors and estate agents. Looks like things are progressing and the move can happen after all. Its caused stress over Christmas not knowing what was happening on top of everything else.

So this will mean I wont be unpacking my tools for work this month, and will almost certainly mean no work orders this year at least. Sorry, but until the house is complete I won’t be able to start working on a new work area.

END_OF_DOCUMENT_TOKEN_TO_BE_REPLACED

Wow that went by fast! what was it? oh yes, summer.

I’ve been ridiculously busy the last couple of months with work but finally its looking like I’m on top of things now. Here’s a few examples of what I’ve been doing, in no particular order.

This PCE Duo was needing a full recap and audio system fixing. I also did a RGB mod. Working perfectly now.

Next was a Panasonic 3DO FZ-1 for a recap and new battery installation.

Here we have a PAL NES fitted with the marvellous NESRGB mod board by eTim. Great picture, even better than I expected. you can even toggle the colour pallet with a switch for a more vivid image.

Lastly for now, another PSIO installation.

On top of that I had 3x N64 in for RGB mods, a couple of Amiga 1200 computers for new caps and a couple of Unibios installations. 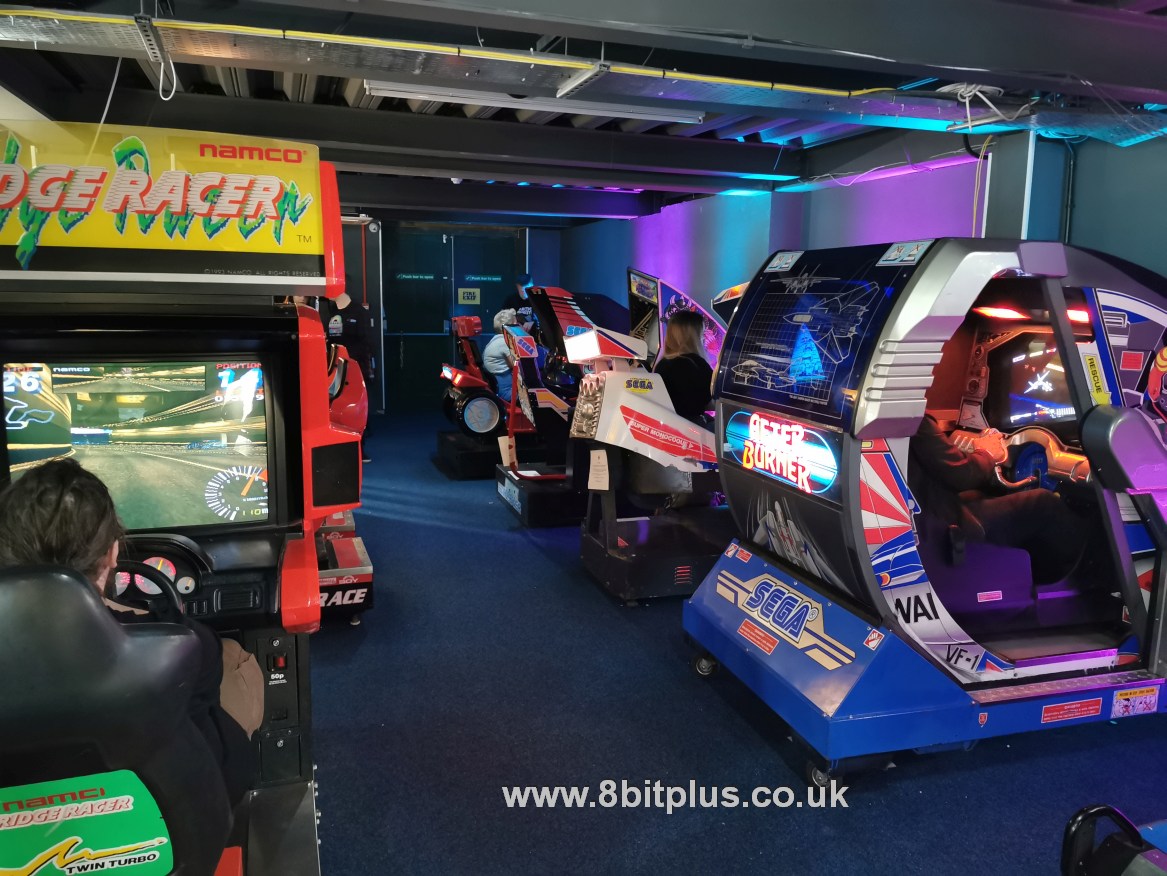 Its time for my monthly report. What Have I been up to this month….

Well firstly I managed to get time to visit the new Arcade Club in Leeds. If you’ve not heard of Arcade Club, its basically a perfect place to find retro arcade machines, and play as long as you like. All machines are on free play, you just pay to get in! Loads of amazing games from the 80’s, 90’s, through to some modern ones. Well worth checking out.

Regarding work on customers machines, Its not been a very productive month. I just never seem to have any time available, but a few jobs were complete and sent out.

This was a full Mega CD recap for a customer. He also asked for a region free bios, new drive opening belt and laser replacement.

Next we have another PC Engine Duo for a recap and RGB mod. All looking great now.

And there was also another PSIO switchboard to install. The 3DO USB installation covered below, and Saturn with the full table of mods.

That’s about it for June. Its going the a tight month in July to get any work done with Holidays and weekends away, but I try 🙂

So I’m off to a good start in 2019. I’ve finished most of the December backlog and got most of that returned to customers. More jobs on the way should mean its going to be a busy month again. What can I show so far? Well here’s another RGB modded PAL n64, and a fully recapped and RGB modded DUO.

What else is new? Well I got a few cool presents for Christmas.

First I got the Neo Geo Mine arcade machine. Its actually very fun to play and the little screen is very sharp.

Secondly we now have a 3D printer! This is amazing and I’m already thinking of lots of uses for it. No doubt I’ll need it for future projects.

just for fun I’m making a model Tie Fighter I found on thiniverse.

Shutting down work over December

I’m planning to keep most of December free to spend time with family. Its been a very busy year and I feel satisfied with all the repairs and upgrades I’ve got done for people in the last 11 months.

Finishing up the current consoles I’ve already started is the plan, then time to relax 🙂

Please feel free to email if you need help, or want work quotes for next year.